Some vegetables are safe for dogs to eat and can be very beneficial when mixed into their food or fed as a treat.  Additionally, feeding some vegetables can help maintain a healthy weight and boost your dog’s immune system.  And since dogs are omnivores like us, they need more than just meat in their diet to ensure they get the proper balance of nutrients and vitamins.

However, some vegetables contain chemicals that do not interact well with a dog’s system, even leading to toxic poisoning and death. And even if vegetables are not considered poisonous to dogs, they may still not be the ideal choice to feed your pup.

Asparagus – Asparagus is non-toxic and can safely be fed to dogs if adequately prepared.

If you grow asparagus, note that the fern part of the plant is considered toxic to canines, so it should be kept out of reach of curious pups.

Toxicity in dogs can occur with as little as 100 grams of onions in a 44-pound dog, so it would not take much to affect smaller dogs. Toxicity may cause oxidative damage to red blood cells2, even causing them to rupture.

However, green tomatoes contain solanine, though unless consumed in excess will not result in toxicity. But green tomatoes will cause significant digestive health issues, including vomiting and diarrhea. Also, in severe cases of solanine poisoning dogs may experience lethargy, weakness, and confusion.

Other vegetables in the nightshade family, similar to tomatoes that contain solanine, are eggplant, bell peppers, and cayenne peppers.

Plus, even if your dog isn’t adversely impacted by persin, the avocado pit is a choking hazard.

If you are looking for safe vegetables to share with your canine, a few great choices include:

Most dogs don’t like raw spinach, but adding cooked spinach is full of nutrients.

Many dogs enjoy variety in their diets, and vegetables are an excellent low-calorie option and a great way to boost your dog's vitamin and nutrient intake.  Also, vegetables are a superb choice to increase fiber, especially for dogs looking to lose weight or combat minor constipation.

However, there are some vegetables dogs can't eat because of toxicity or other possible adverse effects such as GI upset, choking hazards, and bowel obstructions.  But if you choose safe vegetables, they can make for great food toppers, treats, or added to homemade food recipes. 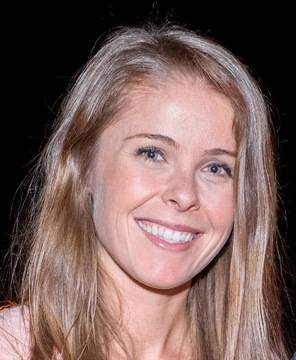 Nicole is a professional dog trainer who has been in the business for about 5 years. She has two dogs of her own. Milli is a ten-year-old Beagle with plenty of sass to go around, and Axel is her three-year-old Pit bull who has more energy than anyone knows what to do with. Both of her dogs are rescues who came to her with their own set of issues. Working with troubled dogs is where her passion for dog training started. She has grown to learn that teaching people how to communicate with their fur babies allows them to enjoy happy and stress-free lives together.

Working through a multitude of different dog problems has allowed Nicole to become very knowledgeable of the best products out there: collars, leashes, toys, treats, beds, crates, and even hiking, camping, and boating gear for pups with a more “extreme” lifestyle. Nicole is always learning and growing, so she can find what is best for her dogs and yours!

Also in The Natural Dog Blog

Can Coconut Oil Help with my Dog's Allergies?

Coconut oil has become increasingly popular as a holistic remedy for both people and pets. It can be applied topically or ingested in small amounts. There are many different types of coconut oil available in stores. It is important to know what is best for your dog and how to use it properly.

Stress and Aggression in Dogs

Having a dog who acts aggressively can be one of the most stressful parts of pet parenting. It can take a toll on the relationship between you and your dog, even if the incidents are isolated. Many dogs end up being surrendered due to aggression.  It is important to learn everything you can before making that type of decision.

The Benefits of Salmon Oil for Dogs

Are you looking at giving your dog Salmon oil?  This is a great supplement that you can give to your dog each day.

Sign up to get the latest on sales, new releases and more …